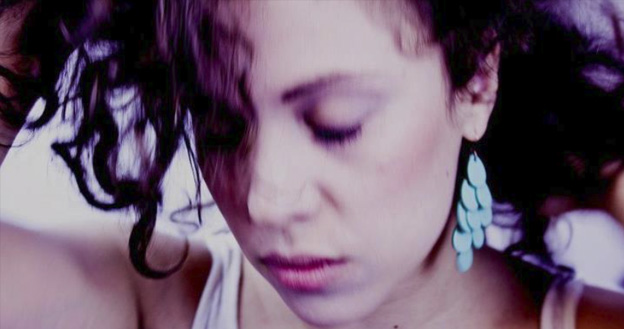 Swedish singer and songwriter Patrizia caught our attention with her extreme catchy debut single “Bag of bricks” some weeks ago. Luckily we had the chance to ask her some questions about her way to this single release and what is about to come in the next time. Thanks very much for answering our questions :) And here we go:

When did you come to the decision to make your own music?
When I was 20 years old I had the feeling that I had a stories of my own to tell, I no longer felt satisfied singing what other people had written. So when I had my first real heartbreak my emotions were overwhelming and the perfect cure was to write a song about it. There and then I knew that this would be my sanctuary.

Is making music your fulltime-job at the moment?
Yes, apart from writing music to my own project I also right for other artists while studying songwriting at a music school.

Which musician or act is your personal musical inspiration?
There are many sources of inspiration, but I’m particularly fond of the expression found in songs made by Lykke Li,Amy Winehouse,Florence+The machine,Adele and Nina Simone. There’s something very raw and honest in their voices and melodies.

The local music scene in your town – is there someone you would recommend?
Yes! My dear friend Kristin Amaparo is amazing!

What do you think – why are there so much exciting artists and extremly good music from scandinavia? It seems that 80 percent of the worldwide charts and independent music have something to do with sweden, norway or denmark?
Hmm..Good question! I have no idea, could it be that the cold weather and many months of darkness forces people to be creative!

What do you like more? – Working alone or working with a producer and a songwriter-team?
It actually depends on the mood of that particularly day and what I’m writing for. I find it easier to write with others if it’s not for my own project, the more the merrier… But when it comes to my own project I like to start writing the song on my own and then when I have an idea of how I want it to sound like I can begging collaborating with my amazing producer Anton Fahlgren.

How do you write/create a song? Is there a melody in the beginning – or is there a beat/drums?
It’s very different from time to time. I’ve had songs almost written themselves within 15 minutes at the piano. Those times it often starts with chords and then the melody. Sometimes I hear a melody in my head and I try to find fitting chords. The lyrics sometimes pop up while I’mwriting the melody and I often try to stick by the first association I get from the harmony, because it feels honest.

Which instrument is your main instrument? – And can you tell us something about your studio gear?
My main instrument is my voice, and after that comes the piano. I really suck at theory, but in my head I often hear where I want to take the song and by not giving up easily I find my way through.
I work in Logic 9 with Apogee Duet 2 and a LA-610 MKII Preamp and a Neumann mic, it works fine for me!

What can we expect from the album? Which style will it be – and when will it be released?
There is no release date-yet and we’re still working on it! But you can expect the same dramatic productions and melancholic melodies as in Bag of Bricks. The lyrics are honest reflections of my feeling towards myself,others and life in general.

Do you like creating music more – or is it to perform new songs live in front of people?
It’s two different things for me, I can’t really choose between them..
While I’m writing I’m able to give everything an extra thought,rewrite and redo.
But when I’m performing it’s all about reaching out to the audience and try to move them. I love them both!

Is there a tour planned? And if so, only in scandinavia or will you visit more countries in Europe – or USA?
No tour planned- yet! We’e putting all the focus on finishing the album for now. Then we’ll see about upcoming gigs!

“Bag of bricks” is out on iTunes and all other major stores to buy.
Patrizia @ facebook

Thanks very much Patrizia for taking time to answer our questions and good luck!