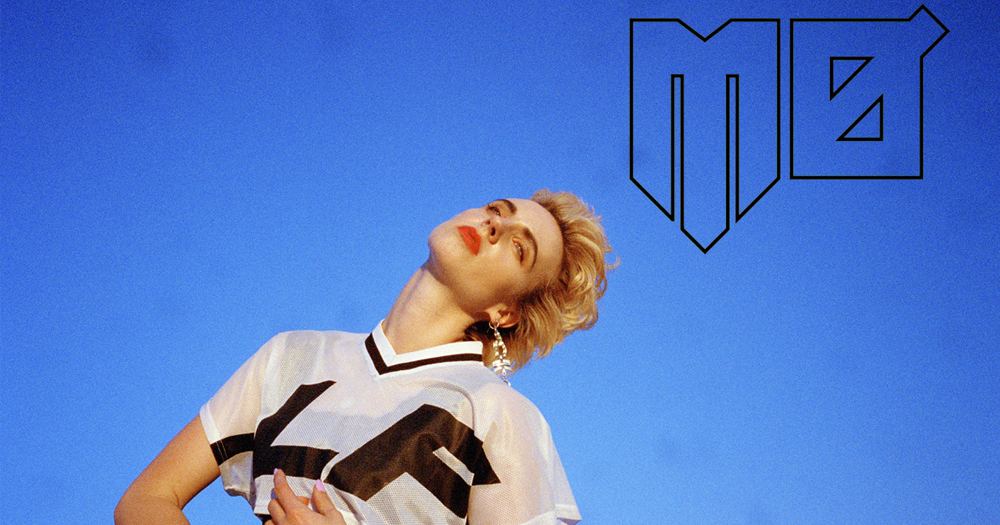 Sun In Our Eyes is a track that needs more than just one play to catch you, but almost with the start of the piano-part it is clear that another classic like Kamikaze or Final song is coming. It’s all about the hooks! That chorus isn’t something really complete new – but really, really good. She follows her way of going raw, more acoustic and less obvious electronic, although there is an electronic production beneath it.

Of her new single, MØ says: “ Diplo and I are long time collaborators now. One of the many reasons I love working with him is because I always feel like it’s a free and creative process and I always like the end product. We both loved ‘Sun In Our Eyes’ from the beginning and what makes it special to me is that It’s a combination of the two ingredients I’m always craving in music: uplifting and melancholy vibes.
“ It’s the lead single for my new album Forever Neverland and it’s about imaginary love and living in a bubble which are also subjects on the album. This song feels like both a coming together of everything Wes and I have done so far but also a new beginning which is fitting with a new album .”

Producer-genius Diplo says: “ Karen and I have some special chemistry in the studio. Whenever we work together we always write three or four songs in a day, and every time we get better. I think ‘Sun In Our Eyes’ is the best song we’ve ever written together.”

The video has a classic 80s touch with – as she describes “Peter Pan and the lost boys – sailing instead of flying – setting out for distant shores” that sets a relaxed feeling.

Beside the release of the new video MØ announced that her second album will be called “Forever Neverland” and will see the light of day on October 19th via Chess Club / RCA Victor.

Additionally MØ will go on a European Headliner Tour to promote the album, bringing finnish ALMA with her: