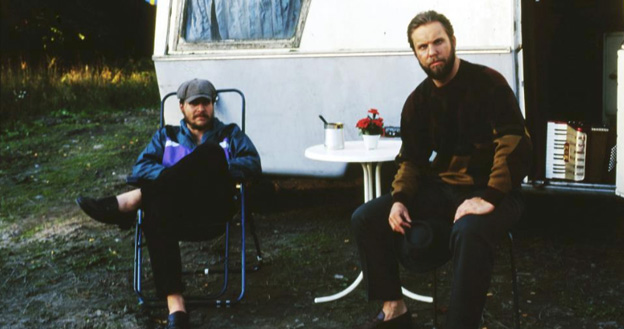 We think it’s the best to use their own words from their biography to describe their style – and the music video is a killer:

“Martin and Mathias found each other for the first time in May 1991. They were both wearing the same CCCP-cap (a hip thing among pre teens in northern Sweden at the time) and riding similar BMX-bicycles. Ever since then they’ve been inseparable.

The Sweet Serenades was officially formed in Stockholm, Sweden 2002. The sound is mainly influenced by great songs, broken hearts, sexual frustration and
musical acts as Tom Waits, Clap your hands say yeah, Arcade Fire, The Strokes, ACDC, Eddie Meduza, ABBA, The Technicolors, The Perishers, The Shins and many more. We call it Jungle Rock. Or testosterone Pop.”