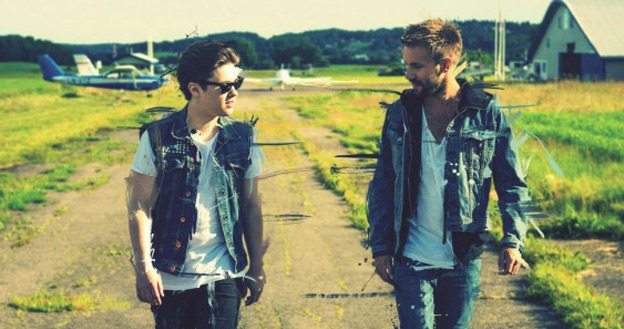 This time it’s the best to let their press-text speak: “Falling on the musical spectrum somewhere between British stadium rock and American dance-pop, Norway’s CARS & CALORIES operate at a temperature that’s historically been a few degrees too hot for chilly Scandinavia. But that hasn’t stopped MICHAEL MARKUSSEN and JIM ANDRÉ BERGSTED, who also comprises two-fifths of the Moss/Tønsberg quintet USE ME. If anything, it’s egged on the duo, who together with songwriters and producers from Sweden, Germany and the United States, will soon unleash their sonic beast with a decidedly un-Norwegian expression of unbridled energy”

And we say: WORD! They will likely get great success with their sound, whic his a good energetic mixture between guitar chords and synthesizer sounds. The real killer is the chorus of “Runner up” – this is a classic radio hit.

Soon they will release their next single – and we will write about it for sure.