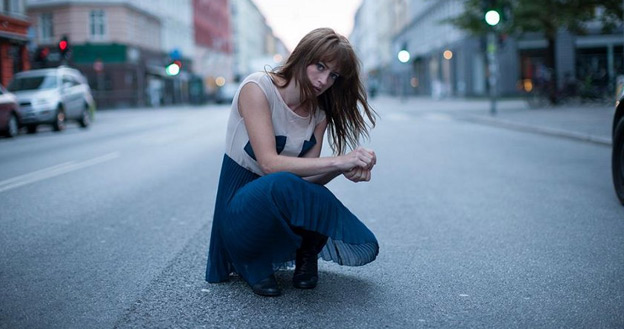 Anja Kickbusch is a talented singer/songwriter from Copenhagen, Denmark and she released her debut album “Don’t pretend” some time ago in 2012. Although it is her debut album she presents a very developed sound in her own style, very well produced but not too polished and with rough edges.

Playing guitar and piano, she has one the voices one could recognize very well and which fits perfect with her intimate songwriting style – you can expect a very analogue album with “real music” – or (as written on her homepage) she is “not afraid of putting words on the big emotion”.

Already the first track on the album, “Follow me“, is an intense piece of music in moll and a good opener for the album, as it describes the direction of her style: it’s all about the song, not chart positions – that’s bracing.

Big melodies are again in when listening to the title track “Don’t pretend“, some kind of electric blues with fine distorted guitars and sounds.

With “So little do I know about life we have the favourite song of the album: A mid-tempo intoxicating track with big melodies and very good organ hooklines – this has great potential to be a single release and top the charts.

“It’s got a hold on me” is again a faster song, while “My own lie” represents the next ballad with lovely detuned bell sounds. Take a look at “My own lie” below, it’s the first single release and a good summary of Anja Kickbusch’s sound universe.

The further tracks play in this universe, “Dont’ take it out on me” for instance takes you a little back to the sixtees, with the rock’n’rollish sounds. The track “I’ve changed my mind” closes the album with a reduced sound and a massive focus on her voice accompanied by just an acoustic guitar.

Overall we were surprised by a very mature sound for a debut album. The strong songs along With her noticable voice should be heard much more outside of Denmark – a fine album we like will listen to in the future because it breathes out the spirit of a real musician.