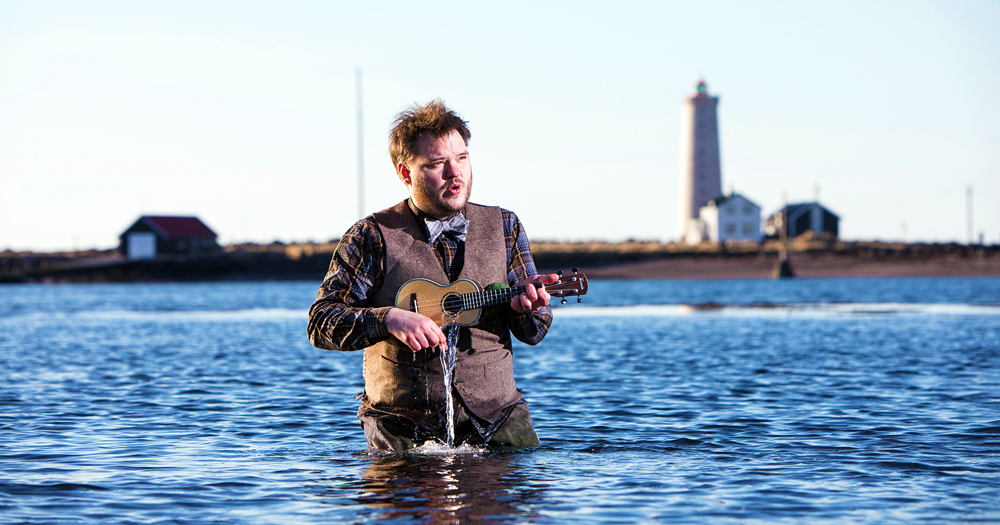 The NORDEN Festival is a new festival, celebrating the nordic arts from Scandinavia and the northern parts of Germany. It is the first time this festival is held and it is located in Schleswig, at the Königswiesen, right at the beaches of the river Schlei. It is a beautiful location, especially when combined with good weather. The festival started on 30th August 2018 and will last – from Thursday on – until the 16th of September. 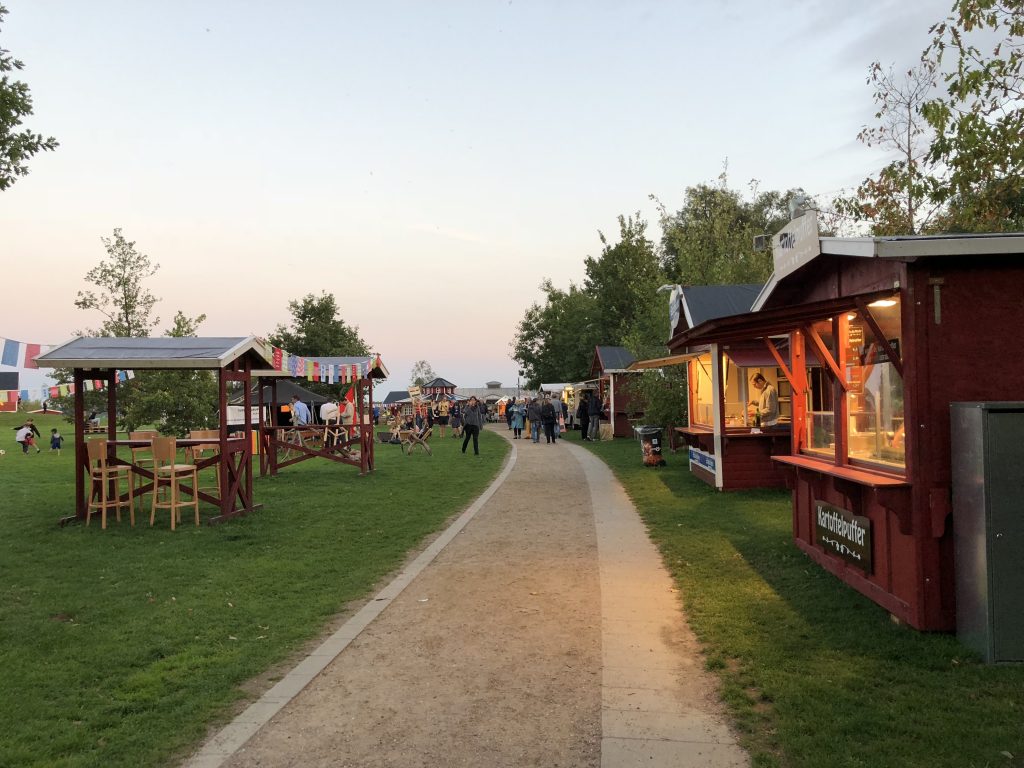 In the daytime there are a variety of cool things to do for kids (and the parents too), Yoga-lessons, theater and cinema screenings, archery and many more. But the best – as we experienced – are the plenty of food and drink stations all over: From good burgers to fish or potato pancakes, licorice, juices of beer – there is something for everyone.

From noon until the night-time the concerts happen with many artists and bands from Denmark, Norway , Iceland or Sweden. And many local musicians from around Hamburg.

We had the chance to see Martin Baltser and his band – a great singer from Denmark, Pish (from KMF-fame) from Bergen, Norway and Icelandic folk music troubadour Svavar Knútur which we had the chance to accompany one day at the festival.

Accompanied by bass player Hidde, Svavar had several gigs that weekend ranging from regular sets in the evening and doing workshops with kids to sing and play instruments in songs ranging from German or Icelandic children songs, fun songs to Queen’s “We will rock you” where everyone – not only the children but the parents too – had fun. With his nature and his humor it didn’t last too long until everyone was laughing. 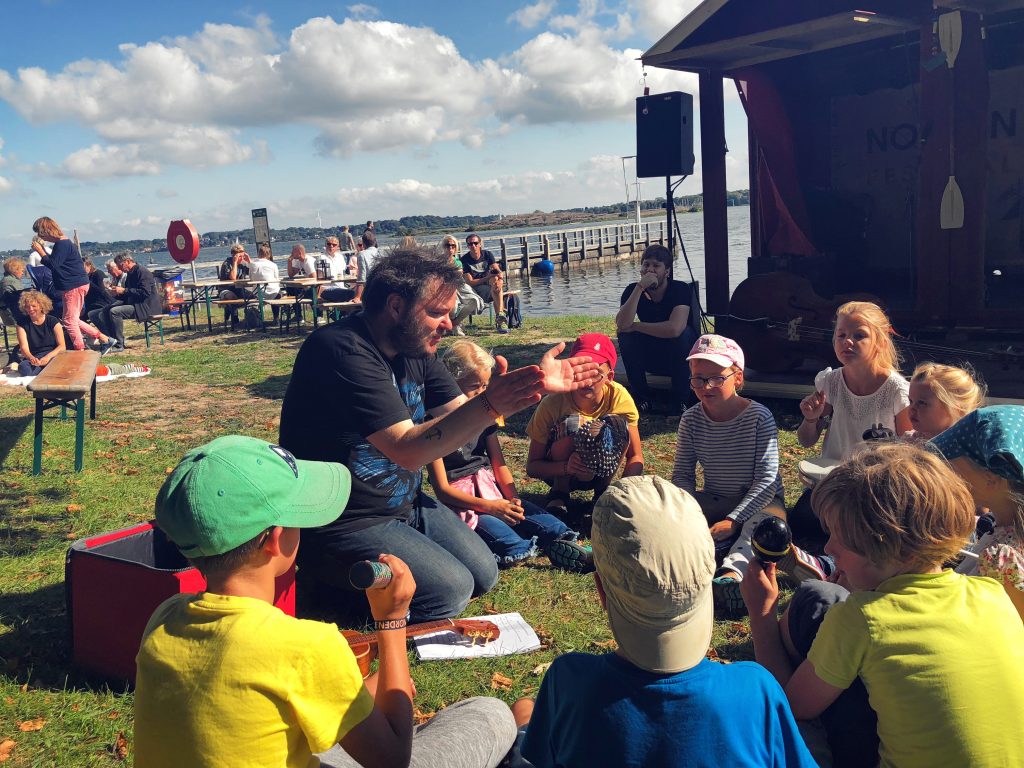 When talking to Svavar it is clear that he is doing not a show there and is different off the stage – with a blink of an eye it’s about the beautiful landscape of the festival place, Snapchat-Apps or keeping healthy while on tour. He for sure has to tell a bunch of funny stories what has happened in the last years.

Later the day it was time for the regular live gig of Svavar and this is another special highlight – he calls himself the “broccoli of Singer-Songwriters” – “Not the sexiest of the vegetables but everyone likes it and good for you!” Well, besides weird stories about “Waldeinsamkeit” he creates with his songs a perfect campfire atmosphere. The acoustic setting fits very well and his songs reflect his Icelandic origin very well. 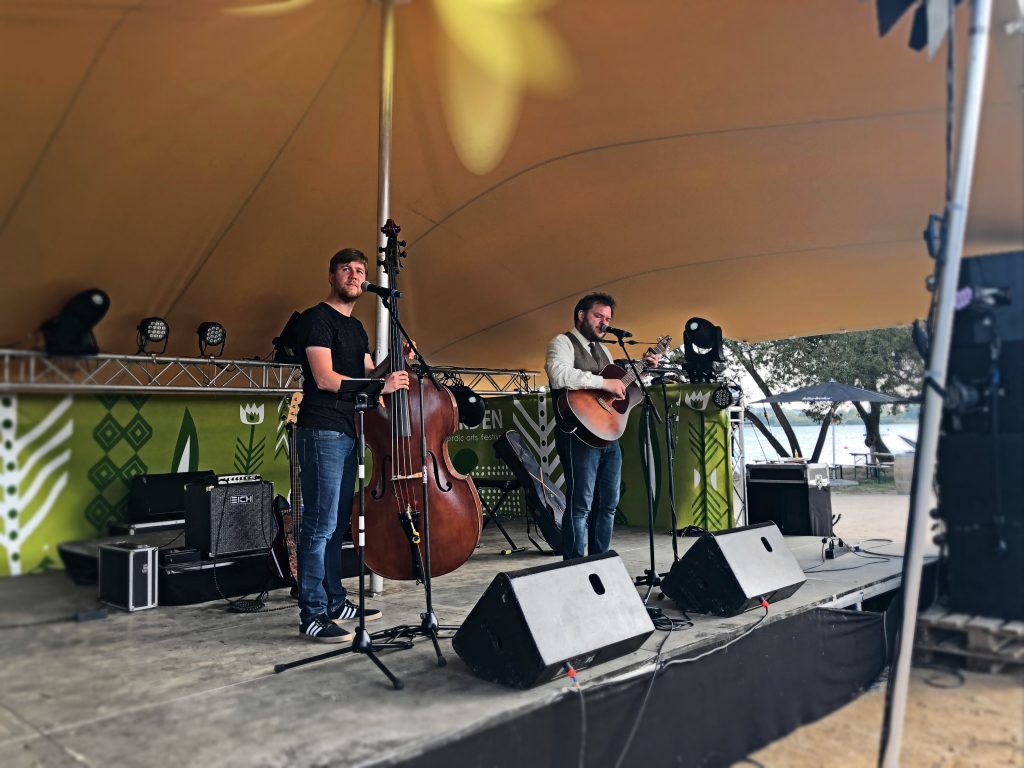 The first single from his upcoming EP “Ahoy Side A” was “Morgunn” which went high in the Icelandic charts and is a perfect example for his sound.

Whereas the new single The Hurting is more uptempo and uses more electric instruments – an interesting new part of Svavar, And catchy as hell!

There is no better place to be when the sun goes down at NORDEN festival and you are watching a great gig just in front of the water. So congrats to the organizers of the NORDEN festival for finding such a good, relaxed location, for bringing up a good amount of great musicians and the positive atmosphere around the whole festival.

So catch it while you can on the last days from Thursday on, when the festival is going into the last weekend!

Check the NORDEN festival out: https://www.norden-festival.com

Big thanks to Backseat PR for the opportunity!