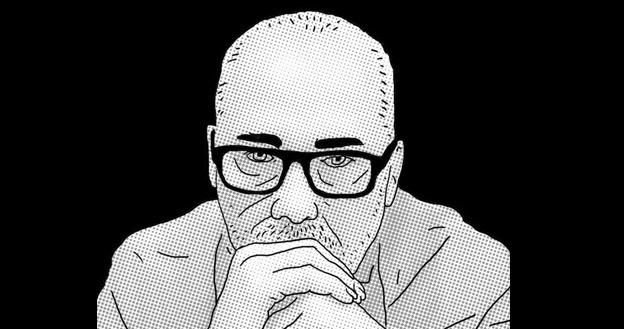 There are some special moments when you are a dedicated music lover: the first visit of a livegig of your favorite band, a brand new just bought cd,…

Another moment is, when you get a music tipp when you didn’t expect it and you discover an outstanding new album. This was the case when we took a short vacation and visited Bergen in Norway. After doing some shopping we stumbled upon a small record store and had a talk with the owner about local musicians and bands. He then played the first chords of Marvin’s CD, especially “Tinker Bell” – and our decision was fixed to buy this album really fast…

Marvin is Marvin Halleraker from Bergen, previously more known as doing illustrations for newspapers like Bergens Tidende, Vårt Land, Morgenbladet or Aftenposten. He also did some illustrated books, which are available outside Norway too.

Let’s get to the music: If there is a category named “classic singer/songwriter”, “There’s Another Green” is a perfect choice to start with. It is an album made with “real” instruments with a timeless sound and a fine production. Yet, the songs don’t sound oldfashioned and implement elements of the current zeitgeist, i.e. some synthlines. Mostly beginning with piano and acoustic guitar, the songs can evolve to boombastic soundscapes (like the title track “There’s Another Green“) or they stay in a more quiet mood just delivering fine melodies and stories (yes, it makes sense to listen to the texts, they are worth listening to) like the great song “Tinker bell“, which got a video too.

Speaking of the video, it is a good one and as Marvin claims : “The video is made by my nephew in cooperation with me. Shot in one and a half day at my sisters farm.. My son Aasmund on 11, is acting as me. Because of this man/boy thing in the story.. I think he did really well. He is a better guitarplayer than me..” Interesting thing here that it is another video with the technique of the flying camera, we lately saw in King of Convenience video for “Me in you” – there with a great flight over Bergen.

But there are more highlights on this album, naming the more slow songs like “Bird of Prey” or “Under the shining moon“, where Marvin’s dark, warm voice fits perfect to the moll-driven melodies. Clearly these songs have been made because they HAD to be made, not because of any commercial thoughts – that gives them a special charm.

Additional to the infos, Marvin was so kind to answer some more questions for welovenordic:

Why did it took so long to release your debut album?
Well.. it took so long because I started this whole thing in 2008. I was quite low, and tried to make a song on the piano. I´m not a piano player, and had never sung before. Bought some simple home studio equipment, and found soon out that I needed to play the guitar. So I bought my Martin in october 08.. (Still practice as hell..) As you can imagine, it was not my intention to make an album at that time. But afterwards it got more serious. I was lucky to bump into really fine, young people. So..

What did inspire you to do music and this album – and will there be a follow up?
The ideas? Life. In general. And mostly when I´m down. Sometimes a sentence can start off a story, and other times a combination of chords or an interesting theme may start it off..

Which other musicians do inspire you? Leonard Cohen could be a possible choice or are we wrong?
I´m inspired by so much, and so many. I really like artist that have their own special sound. their own voice, so to speak. And also are storytellers.

That matters for me. It can´t be bullshit. You`ll have to believe in it.. I´ve been influenced by Tom Waits, but just as much bands and songwriters like Lambchop, Feist, Bill Callahan, Sparklehorse, Paul Buchanan: I could go on forever.. But actuelly I haven´t listened so much to Cohen. Strange, since I really admire him, and in some sense I understand why you mention it. I mean, the dark voice, and slow, sad songs..

To sum it up, this album is a pearl! Although it got some fab critics yet, there should be many more people listen to Marvin’s emotional music.