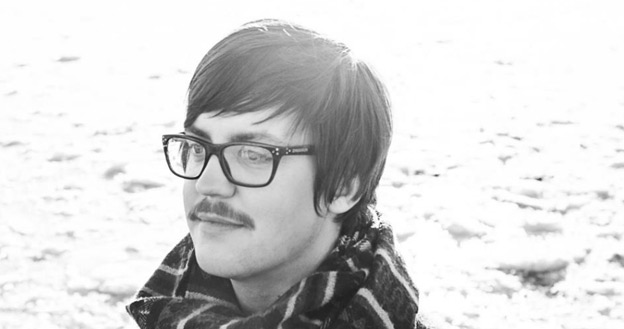 Finally the debut album of “The Voice of Norge”-winner Martin Halla is released in Norway – and enters straight the top 10 in the first week with the 9th position. It is called “Winter days” and this sets the level for most of the songs: Songs with an analogue sound, very strong melodies and often written in moll. Since the participation in “The Voice” it is clear, that Martin has a unique, strong voice one can recognize under thousands – and that he can sing those slow “singer/songwriter”-songs with deep emotions.

We had the chance to ask Martin a few questions about his way so far (Thanks man!):

How and when did you decide to take part in The Voice?
Actually i just sat in my sofa at home, watching TV, when a commercial announced a new talent show called “The voice”.. I thought to myself: “why not”, and i applied.

For every musician it is not easy to pay the rent with money just earned from being a musician. He tells us that he was able to do the change and is now making music and performing as his fulltime job, which enables him “to do what i love the most – Play music.”

But mostly we we’re eager to get some facts regarding the debut album, which has been produced by Magne Furuholmen and Martin Terefe, and recorded in the famous Kensaltown Studios in London and the Passionfruit Recording Studios in Oslo.

When will finally be your album released, and will it be an international release or Norway only?
It was released in Norway 8th March. There are no plans to release it abroad at this time[…]

Will there be more fast songs like “Illuminate the sky” or more the slow ones like on your EP?
I think it´s a good mix. Some fast and some slow ones.

Beside the catchy and feel-good single “Illuminate the sky” – written by Martin Halla / Lowell / Magne Furuholmen (a-ha/Apparatjik) / Martin Terefe (Apparatjik)- there’s particular the track “The River” which represents the feet-moving tracks, which is written by KT Tunstall/Martin Terefe. Yes, it’s the KT Tunstall with the hit “Suddenly I see” (youtube-Video), which she also recorded in Kensaltown Studios.
Also the mid-tempo track “If he’s the one” is a fabulous piece of music – so classy, so honestly.

There are two duets on it – the first one is the ballad Falling slowly together with The Voice – Contestant Tini Flaat. And the second one is the Martin Halla-written song “My little wonder” featuring Karoline Wallace, which has it’s special singer-songwriter-charm – and this leads us to the question, how does he get the ideas for the songs?

Some of them are co-writes, and some of them are my own.. I sit down in front of my piano and i start improvising,[…] – and some times when things start to happen I record and transcribe the things i improvised. And then I use the lines that came up as ideas.

And our standard last question: Is/are there a local musician/s you know which you suggest we should write about?

You should all check out the norwegian band “Highasakite” – It´s amazing!
(Thumbs up for a good tipp, we did a review of their first single Indian Summer last year).

Thanks to Martin for answering our questions – may the force be with him ;)

To sum it up, it is clear that there have been very talented people sitting together to make a unique record, which perfectly represents Martin Halla’s style to sing. The result is a record which has substance and is no “plastic fast food” which we have here from casting shows in Germany.